Jeanette Berry
Wednesday, 02 September 2020
4 Replies
221 Visits
Subscribe
Our single colony swarmed last week 3 days after I removed the supers for extraction. We were able to capture the swarm and put it in a new single hive body. We now have two colonies - one with no honey stores and one with honey stores in two deeps, one only about 25 lbs and either no queen or an immature queen that isn't laying yet. We haven't seen a queen in that hive yet. Suggestions on how to keep at least one colony surviving through the winter are welcome. We are new to bee keeping - our 3rd year. Our first colony over wintered well. This was a new nuc in May.
0
There are no comments made for this post yet
Newest First

Jeanette Berry
1 year ago
·
#2710
Thanks for all your input. Here's an update. It appears that we will have to re-unite the colony, although we haven't done so yet. (were away for 10 days) We determined 2 weeks ago that the queen that swarmed is laying and we started feeding. However checked again today and there is no evidence of a queen laying in the abandoned colony, but there are plenty of bees and they are capping honey and there is lots of pollen. We treated with formic about 2 weeks after the swarm occurred. We also started feeding the abandoned colony. We will attempt to recombine, probably this weekend.

Here's some more questions: The top deep hive body of the abandoned hive is getting quite heavy with capped honey. The bottom deep less so. There is no larvae or capped brood in either deep. Should I put the heavier deep above the laying queen or keep the order the same? I assume I put both the abandoned deeps on the new colony (above the newspaper), but at some point should I try to get the hive back to 2 deeps for the winter? If so, how best to accomplish that?
There are no comments made for this post yet

Mike Palmer
1 year ago
·
#2709
I doubt either colony will make the winter. What if you remove all the queen cells from the swarmed colony, and unite the swarm back with them? You’ll have to feed the colony

You say the colony swarmed three days after harvest. Must be the bees were preparing to swarm a week before that. Did you treat with formic after harvesting the supers?
There are no comments made for this post yet 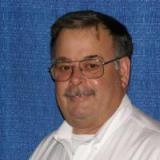 Ronald Bartemy Jr.
1 year ago
·
#2708
Very late to save a swarm but give both colones 2 to 1 sugar water plus a pollen patty ,it would be much better to combine the two colones.
combine is the way i would go

RON
There are no comments made for this post yet Greg Smela
1 year ago
·
#2707
So the new colony is 25lbs? Have you started feeding yet?
gsmela@ssvt.net
There are no comments made for this post yet
There are no replies made for this post yet.
Be one of the first to reply to this post!
Please login to post a reply
You will need to be logged in to be able to post a reply. Login using the form below or become a member if you are new here.
Forgot Password?