The decline in colony populations of the honey bee, known as the Colony Collapse Disorder (CCD), is a global concern. Numerous studies have reported possible causes, including pesticides, parasites, and nutritional stress.

VBA Members: As we've been telling you, H.205 is an important piece of legislation that could change beekeeping in Vermont. We ask you to read the following and take action. A good summary of the bill was recently the subject of a VPR commentary by VBA's Bill Mares.

The LAND of MILK & HONEY

Order Now in Time for the Summer Release 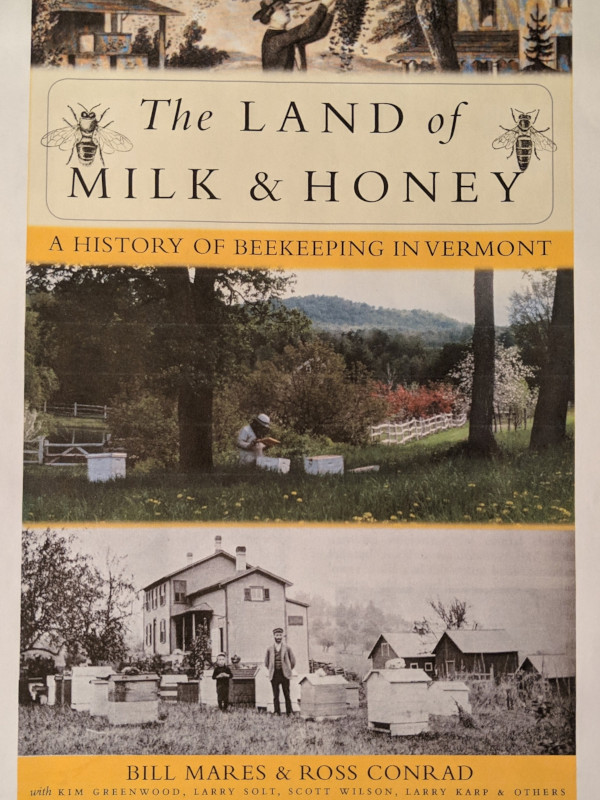 Learn how several thousand beekeepers and several billion bees made history in the small state of Vermont. This book vividly describes two hundred years of beekeeping practices and innovation by Vermonters just like you. Read how they joined the world-wide search for improved ways to harvest world-class honey, maintain these vital pollinators and save them from pathogens, pesticides, pollution, loss of forage and climate change.

UPDATE: After submitting our comments to the House Committee on Agriculture and Forestry, VBA President Jack Rath DVM has been invited to testify to the committee tomorrow, Thursday, February 28.

VBA President Dr. Jack Rath presented to 42 beekeepers on the Varroa mite and how to manage Varroa  to maintain healthy honey bees.
The occasion was the kick off meeting for the 2019 Addison County Beekeepers Association beekeeping season.
Beekeepers from Lamoille Chittenden and Rutland counties were there as well as some from New Hampshire. 10 students from The UVM honeybee club also attended . 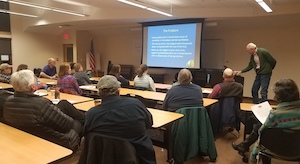 VBA member Chas Mraz reports the committee was receptive to working with VBA to improve the bill. The board of directors will continue to meet on this issue and will publish their suggestions when finalized.

Great discussion, great plans and a great start for what looks to be an important addition to local ag!

Congrats to Jeff Battaglini and Lesley Weisbrot for organizing this and to all who attended! (Jeff and the crowd pictured.)